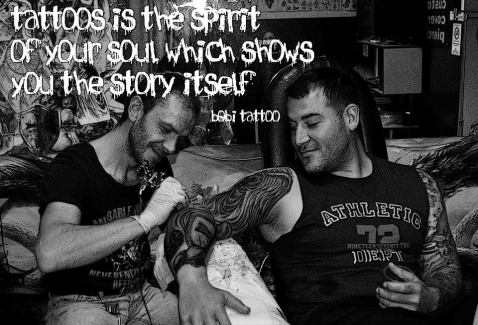 On one hot October afternoon, we were sitting with Bobi Tattoo to talk about the tattoo scene in Macedonia, because he is one of the founders. His studio brings me back memories from seven years ago when I got my first tattoo. But that’s another story.

THE BEGINNING
Bobi Tattoo told me about the beginning of his career, in the distant ‘90s, when, for the first time, he started with this profession. At first he was an amateur, but soon he opened his own studio in Skopje. As he said, the beginning was hard, as was the fight for acceptance of the tattoo art as part of the culture, the way of life and for everyday life. He was convinced that with perseverance he achieved that. At the beginning, the greatest interest came from the male population, foreigners and youth, but now, the boundaries are removed. His eldest client was around 70 years old, and girls are equally open as men to tattoos. The beginning was hard because of the Macedonian narrow-minded society and stereotypes, but now people have no problem coming to tattoo artists, even from abroad, and according to this experience, they didn’t regret the decision. The tattoo scene now is represented by around ten professional artists who know their job well, and that’s why this profession is appreciated. 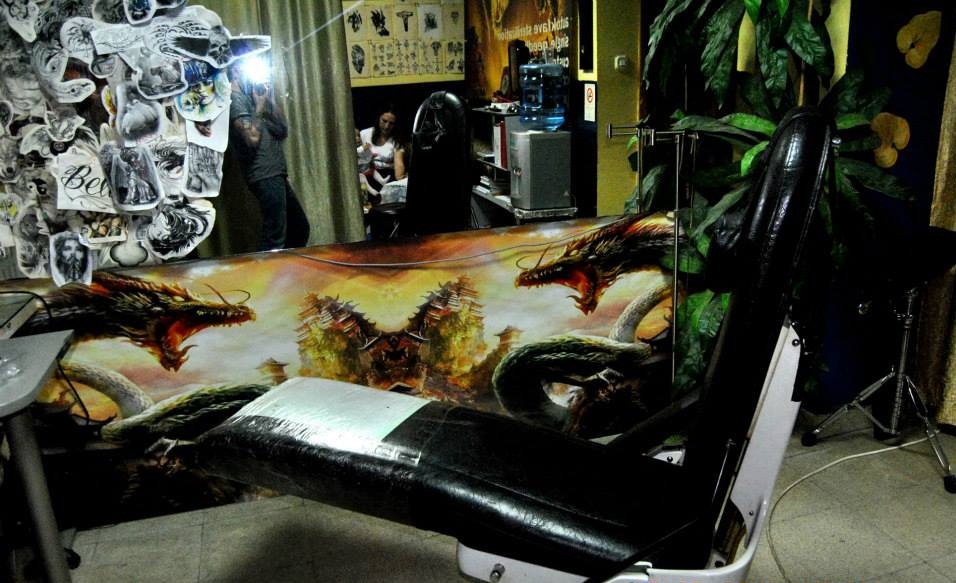 TATTOO EVENTS
As he said, Macedonia is missing out on many events. There are Tattoo Festivals in Macedonia, but they don’t have a rich program and entertainment. So far, they had had cooperation with the “Night Wolves” for events and some tattoo artists from the Balkan and European countries have participated. He personally was advocating for tattoo events by bringing a new dimension to these events, for example the attempt to connect tattooing with erotic art. Also, his own project is called Tattoo Live Caffe that he has organized three times in cooperation with the former coffee bar Nica. This has been a successful and innovative idea, for the first time in our country and most likely outside of the country, where an onlooker can observe the act of tattooing. Live Tattooing caused many positive reactions from the attendees who have asked him many questions. It is interesting to mention that one young couple in love, witnessing that rare moment of inspiration decided to remember that time by crowing their love with matching tattoos. However, there haven’t been any major attempts to organize more events, but he has revealed that there are efforts to create an association with all professional tattoo artists in Macedonia. 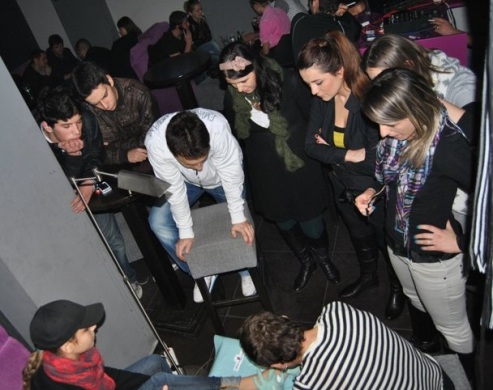 MACEDONIAN VERSUS FOREIGN SCENE
Bobi Tattoo says that there isn’t a big difference because Macedonia was very devoted to tattoo artists who were also invited to work abroad. What underlines the scene is the greater sophistication in the foreign scene in terms of techniques and tools, also, more liberal societies, and there are missing seminars and trainings, where attention will be put on education. He has an idea for events where tattoo artists and audience will share their experiences and where people will see the true spirit of the tattoo. However, they often visit foreign festivals, studios and have friends with whom they share experiences and apply what they notice to be interesting. However, he says, differences are mostly in the tradition because each studio has its own story. 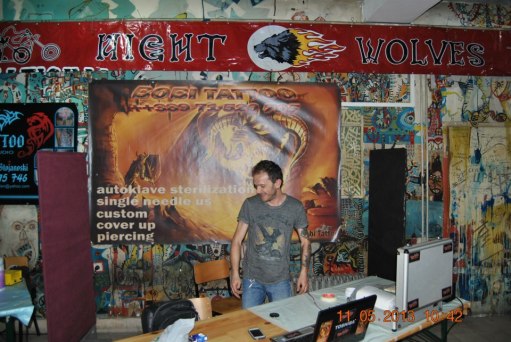 THE NEW GENERATIONS
Bobi Tattoo is so glad that there are young and promising tattoo artists and he supports them. But, also appeal to them to realize that this profession brings great responsibility. Because of that, he recommends them to be trained by professional artist. He personally had trained young people who now have their own studios. He says that this way he contributes to developing of this profession and culture. He also advises them to be themselves, original and creative, and that the success comes with full commitment instead of profit. Only that way they can deserve their artistic name and gain a place on the tattoo scene, and with that the respect that comes from it. 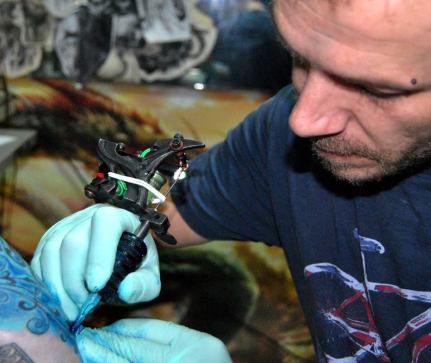 PHILOSOPHY OF TATTOOING
At the end, I had to ask him how he personally experiences tattooing. At the beginning he was hooked by the magic of drawing on skin. He was asking himself how the person whose body was tattooing feels. That’s how he was experiencing that, like creative act of drawing. But, with the experience he realized that there was something deeper than the creation and that was the feeling of happiness that he was causing. People confide their stories and happenings to him to present them to their bodies. That’s why, according to him, tattooing is the most sincere act, because people are opening their character and story to the world, and everybody can see the tattoo. His greatest satisfaction is to see the look of the face when the tattoo is done. With that he makes them happy and they provoke greater creativity to him, for the next piece of art. He says that people must take away barriers that are stopping them to express themselves and to communicate freely with each other. And, one thing is for sure, tattoos are breaking down boundaries and the world becomes better place for living.