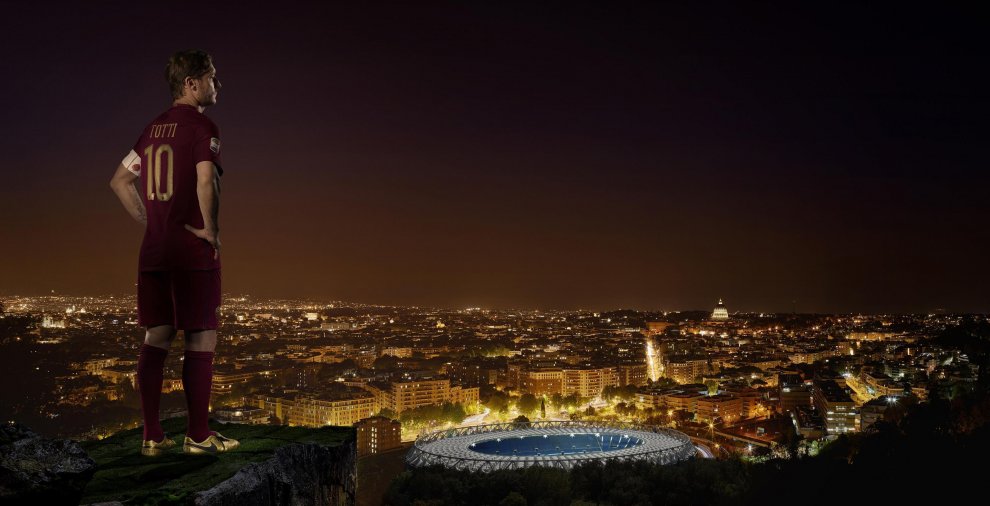 There are footballers who are not only footballers, whose personality surpasses the playing field. There are stories, in football, that go beyond football and enter into the legend. One of these stories is that of Francesco Totti, who has spent his entire career at Roma of which he’s the top goalscorer and the most capped player. 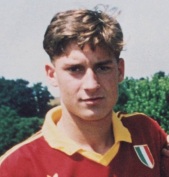 No doubt, Totti is a footballer with a great talent: he’s the top goalscorer amongst currently active players in Serie A, and the second-highest scorer of all time in Italian league history with 250 goals.

But Totti’s legend is not just related to his technical skills. There were other talented players in football history, and there will be others. There were also other footballers who spent the entire career in one team.

What makes Totti unique is that, unlike for example Del Piero and Maldini, by choosing to stay in Rome he has given up the most important thing for a footballer: to win. He preferred something even bigger: the unconditional love of his people. 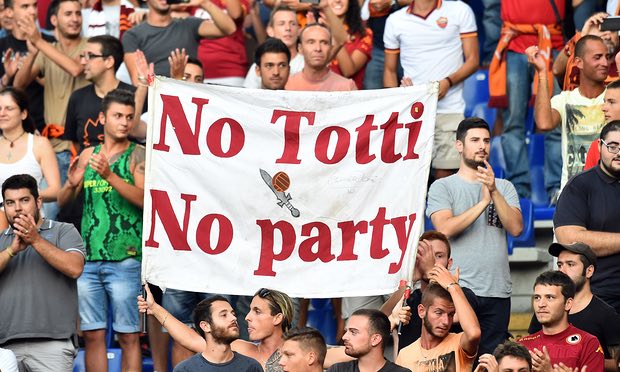 Totti is a fragile hero, a naked king. He personified the union between epic and tragic. By choosing Rome, he has accepted the possibility of defeat. He has accomplished titanic challenges, he repeatedly came so close to victory, but he rarely achieved it. In his long career, he won a Serie A title, two Coppa Italia titles and two Supercoppa Italiana titles. With the Italian national team he won the 2006 World Cup. People spend plenty of time asking Totti why he never left Roma in search of trophies. He replies: «I grew up playing for Roma and I want to die playing for Roma, because I have always been a Roma’s fan. Rome is my family, my friends, the people that I love. Rome is the sea, the mountains, the monuments. This club, this city, has been my life. The love that gives you Rome no other city can give it to you». To win a single trophy with Roma, for someone like him, it’s like to win 100 elsewhere. He’s had offers. Real Madrid came and were politely ushered away. Manchester United tried their luck in 1999 and 2000 as Alex Ferguson spoke openly of his admiration for Totti’s talent. Of course, he could have won much more, but the definition of success is subjective. Totti has given more back to the people of Rome than any trophy can. He’s given them loyalty and hope. He’s given them the chance to live each game through a man who wandered the same streets as they did as boy. Most importantly, he’s kept their identity alive. This is the greatness of Francesco Totti. This is what makes him the eighth king of Rome.

While I’m writing, Roma is playing against Genoa in the last championship day. It’s the last match of Francesco Totti with that team, his team. We still don’t know what he will do starting from tomorrow. Perhaps the manager, perhaps he will continue to play football, probably in Miami. But, what does it matter? In our imagination, Francesco Totti will always wear that yellow-red t-shirt. Whatever he does. Wherever he is. 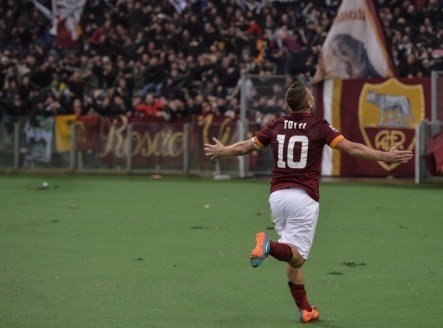