“You are here to step into the shoes of UN ambassadors – to draft resolutions, to plot strategy, to negotiate with your allies as well as your adversaries. Your goal may be to resolve a conflict, to cope with a natural disaster or to bring nations together on an issue like climate change. You may be playing a role, but you are also preparing for life. You are acting as global citizens.” Ban Ki moon, UN Secretary General (2007-2016)

On April 28, 2018, in the premises of FON University in Skopje, was held the 7th National Conference of the Macedonian Model of the United Nations Program, organized by the Coalition of Youth Organizations SEGA.

The program of Macedonian Model of United Nations aims to present the work of the United Nations and the opportunity for young people to strengthen their capacities for advocacy, lobbying, negotiating, diplomacy, conflict resolution, public speaking and writing. The program this year involved young people aged 16 to 25 who have ambition to be p

In the role of delegates, young people from several cities in Macedonia at the MMUN 2018 Conference represented the stuffs of 15 UN member states in 6 different bodies / committees of the United Nations. They were debating on real and current world issues, like poverty reduction, refugee crisis, children in armed conflicts, human rights, and economic globalization, maintenance of international peace and security, and measures to combat terrorism.

At the Conference, besides the simulation of the working bodies that are part of the United Nations: the Security Council, the Economic and Social Council, the General Assembly, the UNHCR and the Cultural and Humanitarian Council, the Youth Assembly has been part of the Academic simulation once again. Delegates in this body are discussing and proposing solutions for the current issues that are affecting youth in our country.

Volunteers Center Skopje as the regional office of the Coalition SEGA is part of the MMUN Program for the 5th year in a row, where as a MMUN club it trained 4 Team Leaders / Ambassadors who, according to the program and activities for work that are part of the program of the Macedonian Model of United Nations trained 35 young people to put on the shoes of the delegates of the UN member states and to represent and advocate their interests. 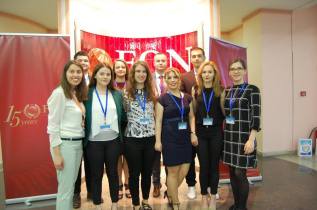 At the end of this year’s conference, the best delegates for the committees / councils of the UN’s Simulation were awarded. So from the VCS MMUN Club Marko Mojsov(General Assembly I committee) , Isaja Karadakovska(Youth Assembly), Darko Miloshevski(Security Council), Valerija Ilievska(UNHCR) and Jana Nedelkovska(ECOSOC)  received the recognition for the best delegates. 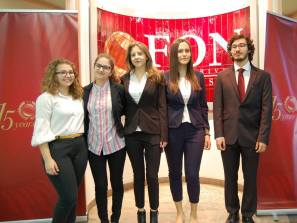 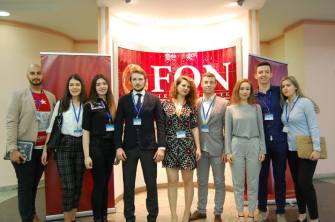 Volunteers Center Skopje this year has been recognized as the best club in the implementation of the activities of the MMUN 2018. 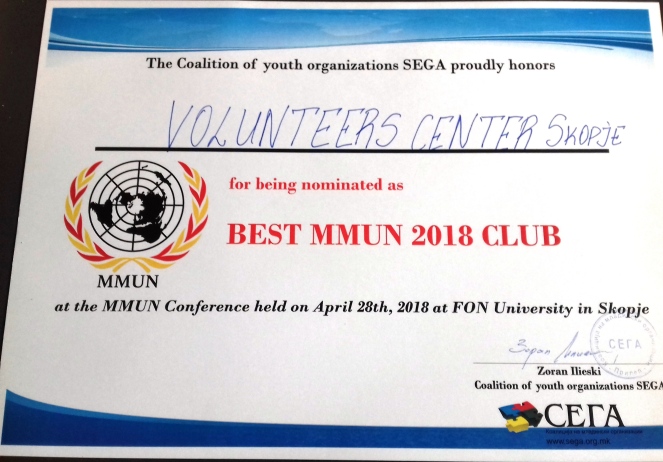 The energy and the atmosphere offered by this one-day event, the organization itself and all involved coordinators and participants, gave a motivating spirit to continue with the same dynamics to work and to offer the youth the opportunity to be part of the MMUN program next year.

In the 7-th year’s tradition of implementation of MMUN have participated 1200 youngsters from Macedonia and the region.

“The academic simulation of the United Nations Model, us, as team leaders, gives a great opportunity to develop and upgrade the knowledge and skills of the members of our teams. Especially important is the moment of peer education and sharing of information, experience and knowledge as one of the best methods for capacity building. The success and satisfaction of our delegates is making us proud and pleased. Further cooperation with the delegates of our teams is just another proof of the successfully completed work.”- Vafire Muharemi, MMUN Ambassador.

The Model of United Nations is organized in the most countries that are members of UN. The aim of the Model is young people to get acquainted with the work of the UN, to be informed on current social events and UN diplomacy. 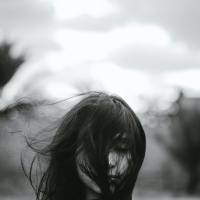