Insects, you love them or you hate them. Well, most people seem to hate most of the small little crawlers with their tiny antennae and many legs. But insects are important, for ecosystems, for agriculture and who knows maybe for food in the future. For all their importance they are also declining, rapidly. A long-term study in Germany has estimated that over the last 27 years the amount of flying insects has decreased by a staggering 60%. 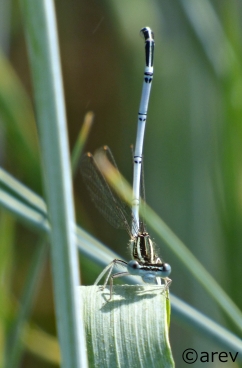 One species of insects is often revered for its beauty and grace while it flies around, catching prey and having sex. Dragonflies are colourful, fast and often murderous. But even though we admire them most of us don‘t know much about them. Time to change that.In fact when speaking about dragonflies we refer to two distinct species, the big dragonflies and the smaller damselflies. They have been around for over 300 million years with only small evolutionary changes. They usually live in and close to watersources such as ponds, and streams in wetlands. Most dragonfly species depend on a good water quality and as such are a good quality of a healthy eosystem and a high water quality.

Most of their lifes dragonflies spend as larvae, so called nymphs under water, eating smaller insects and sometimes other smaller dragonfly nymphs. Some of them have developed quite ingenious ways of moving around under water. They suck in water in their butt and eject it at rapid speed to make a quick forward dash. They go through multiple development stages as larvae and can live many months up to years under water before emerging with wings and the desire to procreate. This last stage is commonly the only we generally see and associate with dragonflies.
And it is also the shortest period of their life, lasting a few weeks at most. Most dragonflies, fly in the warm months of Spring and Summer, although their are a few exceptions. 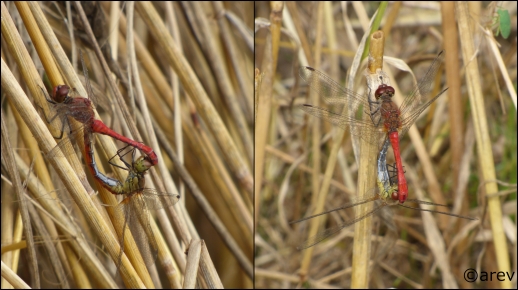 Their anatomy is quite interesting as they have four wings which can be moved separately and in almost all directions. This enables the animals to change their flightpath almost instantly and fly into all directions similarly but more advanced than a helicopter. They are capable of predicting the flightpath of their prey to catch them midair without any chance of escape. And flying like an apache helicopter is not enough for them, they can also fly while holding on to each other in a so called dragonfly-wheel. And yes, that‘s basically how they have sex.
Common delicacies for a dragonfly include smaller flying insects as well as other dragonflies, yes they are cannibals! And to add insult to injury they start by eating the head of their prey. What makes them quite valuable for us humans is that they also feast on mosquitos, keeping their population sizes in check. 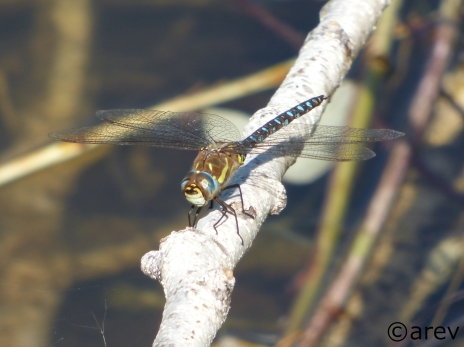 How do they fare in the big insect dying? Unsurprisingly not to well. The retreat of wetlands due to expanding agriculture threatens many dragonfly species with extinction. Also, chemicals or an increase in salination. On the other hand there are some species which might benefit by a warming climate because their potential habitat range increases by increasing average temperatures in some areas. Case in point is the scarlet dragonfly which originally was only found in South-Europa and Northern Africa but since the 1990‘s has been increasingly seen up North in for example Germany and the UK. Nonetheless it can only expand its range if it finds habitable wetlands where the larvae can live.

Dragonflies are not only fascinating to watch but their role as indicators of water quality and natural enemies of the likes of mosquitos show the importance of protecting their habitats for the future. Similar stories could be told of many types of insects, and not only those with enchanting looks are worth preserving but all that crawls deserves a chance.