Once there was a girl, who was growing up as a princess and being trapped little by little. How? Well, with the help of the feeling of guilt and fear, of course! Oh, and yes, the undeniable judgment of anything and everything by the people around her.

And day by day, she lived by rules like “do as you’re told” and “don’t ask questions”, because that’s how friendship works.

And “don’t let anyone get disturbed by any of your wishes”, because that’s how family works.

And “you should let your head be low and bow to the boss”, because that’s how society works.

“Be there at that time and do that on that day and act like you’re happy, never show how you feel because that will ruin the mood of everyone else, darling.”

“To the insults just respectfully nod your head, well it’s been that way since forever and now you’re going to change it?”

And “don’t be a rebel, that means you’re not taught well!”

And “persevere now, then when you’re older, do as you please.” 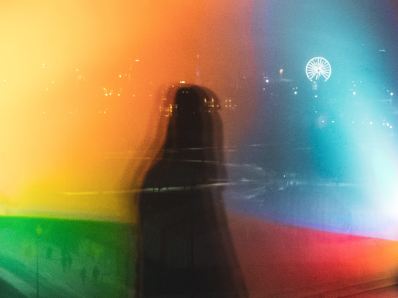 One day she couldn’t take it anymore! And she tried, she didn’t go there at that time, instead, she went somewhere else. Saw different people from the ones she knew, people who lifted her spirit and didn’t judge her for every single word that came out of her mouth. And she tried, she showed how she felt and they, again, sharpened the knives of fear and the feeling of guilt. But, she was unreachable for them, because she was higher above the people who judged her, while ignoring their own sins. She didn’t feel guilty for doing the things she loved, while she didn’t hurt anyone. And she didn’t fear the consequences when she chose the people that brought her joy.

And she lived happily ever after with visions of good thought, instead of manipulating. Visions of growth, instead of tearing down just because “that’s the way it’s always been”! She began to bloom very fast and nobody could ever allow himself freely to step on such a flower.