Visually impaired and the pandemic: “I just want to stop it, to make it disappear”

The pandemic hasn’t been easy. Hugs became cold fist bumps, going out with friends became long hours on the phone, touching became forbidden, and disinfection and fear took over. Closeness disappeared, but some people felt it more than others. “It wasn’t good, I was pretty afraid,” shares Filip Velickovski, a 7th grader studying at Dimitar Vlahov, the only school for visually impaired people in Macedonia. 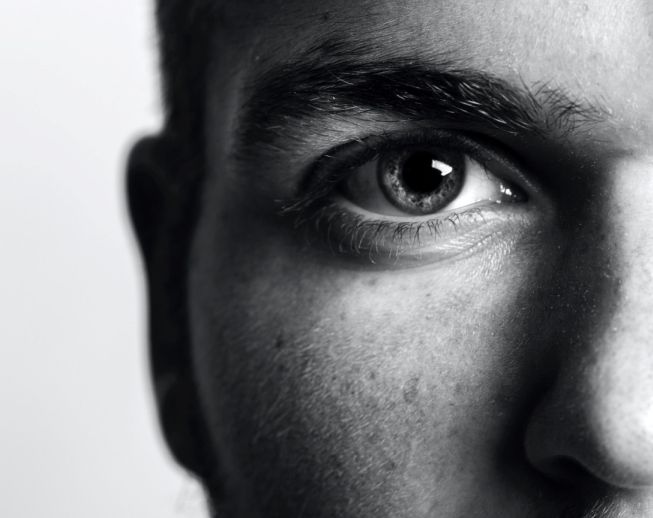 Filip Velickovski and Damir Iseni Dorevski have retinopathy of prematurity, a potentially blinding eye condition caused, in their case, for too much oxygen on their incubator when they were born prematurely. Both 12 years-old shared with VOICES how the pandemic has been for them. Andrijana Prokopenko, an English teacher at DimitarVlahov, in Skopje, with the same condition, also told us her story.

“I was pretty afraid,” shares Filip. Despite being only in the 7th grade, the student showed a great understanding of the severity of the pandemic situation. “I was scared [of catching it]; it wasn’t the best experience.” The daily life changes started with the online classes and the use of a mask. Filip already washed his hands a lot, but he did it a bit more often the rare times he was outside. “The worst part was that I couldn’t talk to anyone, I could only phone them. Online school didn’t help much”. The student admits how hard it was to “stay in one place just listening.”

Damir Iseni Dorevski felt the same struggle. “The hardest thing was not going to school,” he shares. When the teachers told him to be ready with the computer at 8:00, Damir was not happy. “In the beginning, it wasn’t hard, but afterwards, it really was.”

Both Filip and Damir were relieved when online classes ended, and they were able to go to school despite the new measures – “the mask is still a problem.” “It was hard that the classes were split into groups, and also we didn’t go to parks anymore, only to school,” shares Damir. “I just want to stop it, to make it disappear.”

Adrijana Prokopenko, 42, saw how hard it was for the students and how much her life changed. “We were all confused, and we couldn’t believe that it would last for so long,” she says. When online school was announced, a lot of problems appeared. “We had to figure out some things by ourselves, with each child, each parent.” Technical issues were everywhere: some of the software for online school was not accessible with screen readers, some of the students couldn’t afford the internet, and the materials were too big to carry home. “Sometimes you had to do individual lessons, to call phone numbers and try different platforms, sometimes the internet would stop, electricity would stop,” tells the English teacher who has been working at the school for 14 years already.

“Even before the pandemic, things were hard for a blind person because of the lack of accessibility around here,” shares Prokopenko. Even if you know how to use a cane to it’s dangerous– “they drive like crazy.” Also, people are not up for helping out visually impaired people on their grocery shopping. The websites that you can order things from are not accessible with screen readers, and many places are not accepting orders by calls. Prokopenko feels “worse now” for how dependent she is on her parents. She has been so careful not to catch anything and not infect anybody that she hasn’t seen her friends since last march. Even though she caught the virus meanwhile, Prokopenko is more scared of the pandemic now. She also shared that the Association for the Blind and Visually Impaired – Skopje contacted the Macedonian government to be considered as a priority group in vaccination. They never got a response.

About support from the government, Prokopenko says, “it’s a state school but only when they want.” “All the braillers [a machine to write in Braille] in my class are broken, so I have to use a very slow kind of old-fashioned method to prepare the classes. We face a lot of problems when it comes to textbooks and materials”, she says. Plus, the government says they cannot import materials from abroad because they are a state school, but it’s “so hard to find the things here.” Each brailler costs around 1200 dollars, says the teacher. In an ideal world, each student would have their own brailler at school and another for home use. Since the school has about 50 students, there is a significant need for financial support only for the materials. “People don’t understand that education for the blind is very expensive,” emphasizes Prokopenko. “They think printing a page in braille is as easy as printing a page from the computer.”

The pandemic has made things more difficult, but for blind and visually impaired people in Macedonia, things were already difficult. Without basic accessibility and no proper support for education, having to use masks, to keep in touch only through phone, or to rely more upon other people to walk around, grocery shop was just another obstacle for them.