“You have to take the lead of the future.
For that to happened You have to build you capacities,
to wider Your vision as a globe citizens” 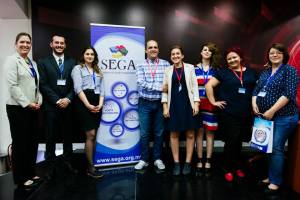 Fifth year in row in Macedonia was held the MMUN program implemented by Coalition of Youth Organizations SEGA together with the Peace Corps volunteers in Macedonia.
The MMUN program has the aim to present the work of UN to the young people and to provide a  possibility how they could build their capacities for advocacy, lobbying, negotiation, diplomacy, conflict resolution, public speaking and writing. The program engaged young people from 16 to 29 years who have ambition to be part of the democratic process, international cooperation, resolution of global issues and advocacy and lobbying for the resolution of global issues and situations.

Annual Conference of the Model United Nations Macedonia 2016  was held on May 28, 2016 at the FON University in Skopje. The conference evaluated the knowledge of the topic, the country they represents, the organization of the United Nations, skills and abilities to debate and public speaking, but also the manner of dress and behavior towards the other participants. Each delegate had the opportunity to debate on two issues. We had a really excellent debate and found many engaged young people, who tend to be excellent speakers. MMUN Conference this year had a regional character, it was attended by 150 young people from Macedonia and 10 young people from Kosovo.

In the role of delegates the young people were represented the 15 member states of the UN in 8 different bodies / committees of the United Nations and had the task of debating the real and current world issues of poverty reduction, refugee crises, children in armed conflicts, child marriage, economic globalization, employment, maintenance of international peace and security, and measures to combat terrorism. 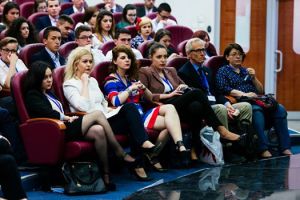 The Conference simulate the performance of 8 different bodies of the United Nations including the Security Council, the Economic and Social Council, UNICEF, UNDP, UNHCR.

Best delegates at the closing of the conference were awarded with a certificate for Best Delegate of the committee / council in which they represented their country.

Energy and atmosphere that circulated throughout the whole day event was so positive and inspiring for the future to continue at the same pace to implement this program and to engage as much as possible young people from Macedonia and the region. So far in these five years of the program involved more than 900 young people from all over Macedonia. 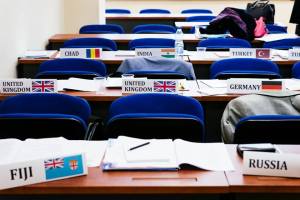 Macedonia Model United Nations is an academic simulation of the United Nations work through its member states in the UN General Assembly, Security Council, Economic and Social Council, UNESCO, UNICEF, FAO, the Committee on Disarmament and International Security and the UN Secretariat. 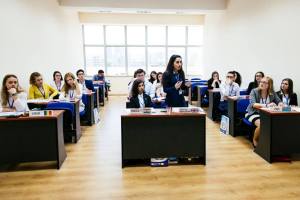 These conferences are organized in the majority of UN member states, in order for young people to learn about the work of the United Nations through the practice of model UN.

“This is an opportunity for the development and practical application of the skills of negotiation, diplomatic behavior and international partnerships.”

Sarah Wood, Director of Development and training of Peace Corps in Macedonia