From 20th till 27th of June a second training course, as part of the Team Up Youth project, was held in Münster, Germany, following the first course which took place in September 2015 in Struga, Macedonia. Media trainers and students from UK, Macedonia, Denmark and Germany met at the start of the week and split into 3 groups, a video group, an audio group and a blog group, with each group consisting of participants from each country. 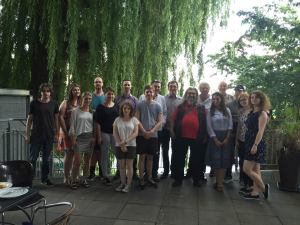 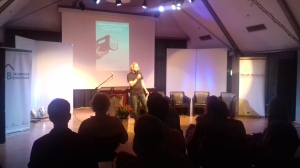 On 23.6.16, in the middle of the training week, the final conference for the Team Up Youth project was held at Bennohaus. Four organizations from four different countries took part of the conference. ‘Team Up Youth’ – Digital Creativity & School Employability In School Education is an Erasmus+ project and a strategic partnership that was formed 2 years ago between the European network – Youth4Media, BURT (Children & Youth Radio and TV) from Denmark, VCS – “Volunteers Centre Skopje” from Macedonia, SHIFTfrom the UK and Bennohaus, Germany.

After opening the conference and a few words about Bennohaus, we had the chance to hear something more about the project itself and how it was implemented in the schools.  The conference had guests from Martin Luther King School in Münster, which is the only school that teaches children with language disabilities in this city. Martin Luther King School and Bennohaus are collaborating, and with the help of the media trainers, the children there are given the chance to be a part of the developing media world just as any other child. The guests, who work as teachers there, were talking about the media usage and how helpful it could be not just for the children there, but for the teachers as well.

The conference was divided in two parts and after the coffee break it continued with  introducing the practical guide for schools and extracurricular cooperation .The last part, but maybe the most important one, was the panel discussion.We heard five different opinions from five different countries, including Poland, about the practical media work in schools. Each country has a different level of media developement but as a conclusion of the conference and the open discussion everybody agreed that the practical media work at schools should be increased. 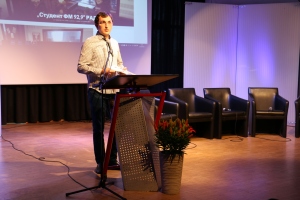 Overall, the conference was very informative and encouraged a lot of thought and discussion on how media can be used in schools to improve not just media competence, but other competences as well. Towards the end of the week all of the participants got to spend a bit of time exploring Münster, the city of bikes and churches, and of course got to know each other better. 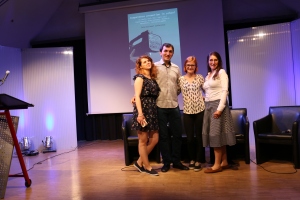 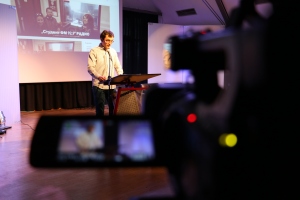