An Ethnographic Movie : I WILL SPIN YOU IN A YARM !

Few days ago, I grabed the chance to meet a very eager, successful and early career directorPetra Hamer in our office. I had the pleasure to interview and to listen to her, explaining me how and why she became a movie director. Petra Hamer is a Slovenian ethnographer* and cultural ethnographer.Last year in mai, she produced a movie with her partner which is based on a real story in Zadar.

Petra, can you tell me who is Petra Hamer ?

I am from Slovania and have been living in Slovenia. My profession is focused on the field of ethnology and cultural ethnology. Beside my occupation, one of my point of interest is Balkan music and to find out something new because new things always make me excited and raise my mood upJ 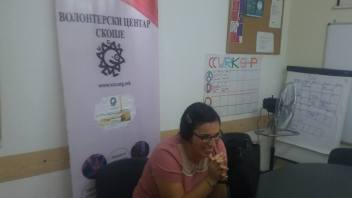 *ethnologist : the branch of anthropology that analyzes and compares human cultures, as in social structure, language, religion and technology; cultural anthropology.

..So, you handle an interesting topic. What is the theme of your movie ?

‘Isplestću t priču’ or in english ‘I’ll spin you a yarn’ is a film about an older lady from Zagreb who comes to Zadar during the summer to sell her knitting products. We met accidentally near a church where she was selling her products and started to talk. Ana and I heard so many interesting  stories from her and we asked her if we could film her. Stevanija, that is the ladies name, agreed. She inspired us and we wanted to point out her and her life story. 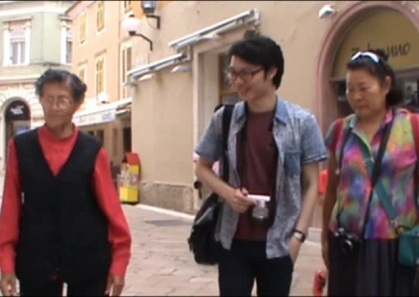 Did you decide to make a movie suddenly ? When and how did the idea `making a movie` showed up first ?

As an ethnographer, I always wanted to make an ethnographic movie.However, it`s a bit hard to make it by yourself.Few times ago, I was unemployed for a while and had a plenty of free time. I wanted to use this time so, one day, I watched an advertisment  which was about an ethnographic workshop in Zadar, Croatia and I applied for it. In the following days, they informed me that I was accepted for the workshop J

In workshop, I met Ana Pavlic. She has a degree in Political Science and works in Centre for Women’s Studies in Zagreb. We got along with each other and still we do. One day, Ana and I were walking around the city, then by we encountered with the woman who will be the leader role of our film. First time we met her, she inspired us.  Ana and I looked at each other and said `yes, this is what we need !` and we began to work…

Ana and I divided our works in two parts.I was the one who was making interview and asking, Ana was the one filming this story.

..So, from your point of view, what did strike you specially about her life to make thisfilm ?

She got married when she was very young. She wanted to go to school for her education but she did not because her husband didn’t allow it. In those days, she was working in a factory and earned enough money.  She used to make scarfs, dolls and some other products at home when she had spare time.After her husband passed away, she started to sell her products in the street to earn some extra money. She loves her independence, so she has children but she always prefers to live without them.

In our movie you can see more about the leader role and realize why we chose her. 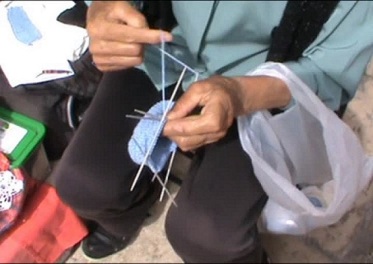 Has your movie already been presented after the workshops? And do you have more plans for the future ?

Our movie was produced during the workshop of ethnographic film festival `Zadar in Frame` in May 12-21-2015 in Zadar. It was presented on Seffestival in Zadar in 2015, on festival VoxFeminae 2015 in Zagreb, on first ETNOFF (Student ethno film festival) in Skopje in 2015 and on Kratovo ethnological film festival in Kratovo in 2016.

During the whole process, Ana and I, in every step of the creation to the festivals, we always thought and worked together. This movie is my first experiencing of making movie. After this incredible experience I learned many things about making movies ,and friendships  as well. Now, I have some new ideas and plans for the future.I think we will see in time J