There is city in Poland who celebrated recently700 years of existence. A city, that for ages different cultures were mixed and it has influence on the buildings and cultural initiatives. A city, touched also by tragic history, with Majdanek concentration camps upon its borders. A city where you can find devil’s trial.Let me introduce the biggest city in the east of Poland – Lublin.
Lublin is located on the Bystrzyca river in Eastern Poland and it is capital of the region of Lubelszczyzna. It is called “Gateway of the European Union into the East” because of the close distance to the border with Ukraine and Belarus. The city is home for over 340,000 residents which placed Lublin the ninth Polish city in terms of population size. Lublin is alsowell-known as an academic city with 9 universities, including 5 public and 4 private (over 70,000 students). The uniqueness of Lublin was recognized as an international area,the city is the winner of e.g. Golden Star of Partnership and is a city friend for many cities all over the world (e.g. Xiangyang in China, Tbilisi in Georgia, Lviv in Ukraine or Novi Sad in Serbia). For ages,a significant part of Lublin was the Jewish community which contributed a lot to the economic development of the city. Unfortunately, during Second World War, due to extermination almost the whole Jewish part of the city was destroyed. However citizens of Lublin still keep memory about this tragic history and organize festivals and events dedicated to Jewish culture.
When you come to Lublin, you should ask local people to tell you one of the legends. The best-known is legend about the devil’s trial from 17th century. In short it is about a dispute between a poor widow with rich nobleman which resulted inan unjustly harming of the widow. Disappointed women exclaimed that even thedevil would have given a fairer judgment. During the night stranger judges came to the court and asked to consider once again the widow’s case. The court writer noticed that the strangers have something devilish in their appearance and horns hidden in black hair. It is believed that they were devils sent by God to retry the case. In result they claim sentence to the widow’s advantage. As a proof the devil left hand mark on the table. This historic table with trace of devil’s hand is available from time to time for visitors in the Lublin Castle Museum.

The key words that Lublin would like to be associated are inspiration, energy, youth and diversity. During the year numerous festivals and artistic eventsare held in the city. But if you expect mainstream popstars you might be disappointed. If you come in April you can take part in “Codes” Festival of Traditional and Avantgarde Music and listen to combinations of archaic and new music. In June you cannot miss the most magical night during the year – The Night of Culture. No one sleepson this night, streets are full of colour, decorations and artistic shows. All the museums and cultural institutions are open for visitors and prepare special programme for that night. In every corner of the city centre something happens: live concerts, visual art, theatre plays, fashion shows, film screenings in the parkings, dance parties on backstreets. In July city belongs to circus-theatre performancesfrom all over the world (Magicians Carnival). If you can feel the music vibes in the air it looks like you are on “East of culture” The Different Sounds art’n’music Festival- the event where you meet artists representing diverse music styles like indie rock, pop, electro or even classic music especially from eastern countries but not only. Beginning of autumn in Lublin means that it’s time for gastronomy. Flavours of Europe is a festival where you can try traditional cuisines from Lublin region but also from another countries. For example main theme of last edition was Italian gastronomy. Except food tasting festivals included concerts, culinary workshops and contests. For the enthusiasts of fantasy we have “Falkon” – Fantasy and science fiction festival. The dance lovers should attend the International Dance Theatre Festival – one of the biggest in this part of Europe. For those interested in contemporary art we have “Open city” Festival of Art in Public Space. I mentioned only a few festivals that happen in Lublin during the year, the real number of interesting events is much bigger. 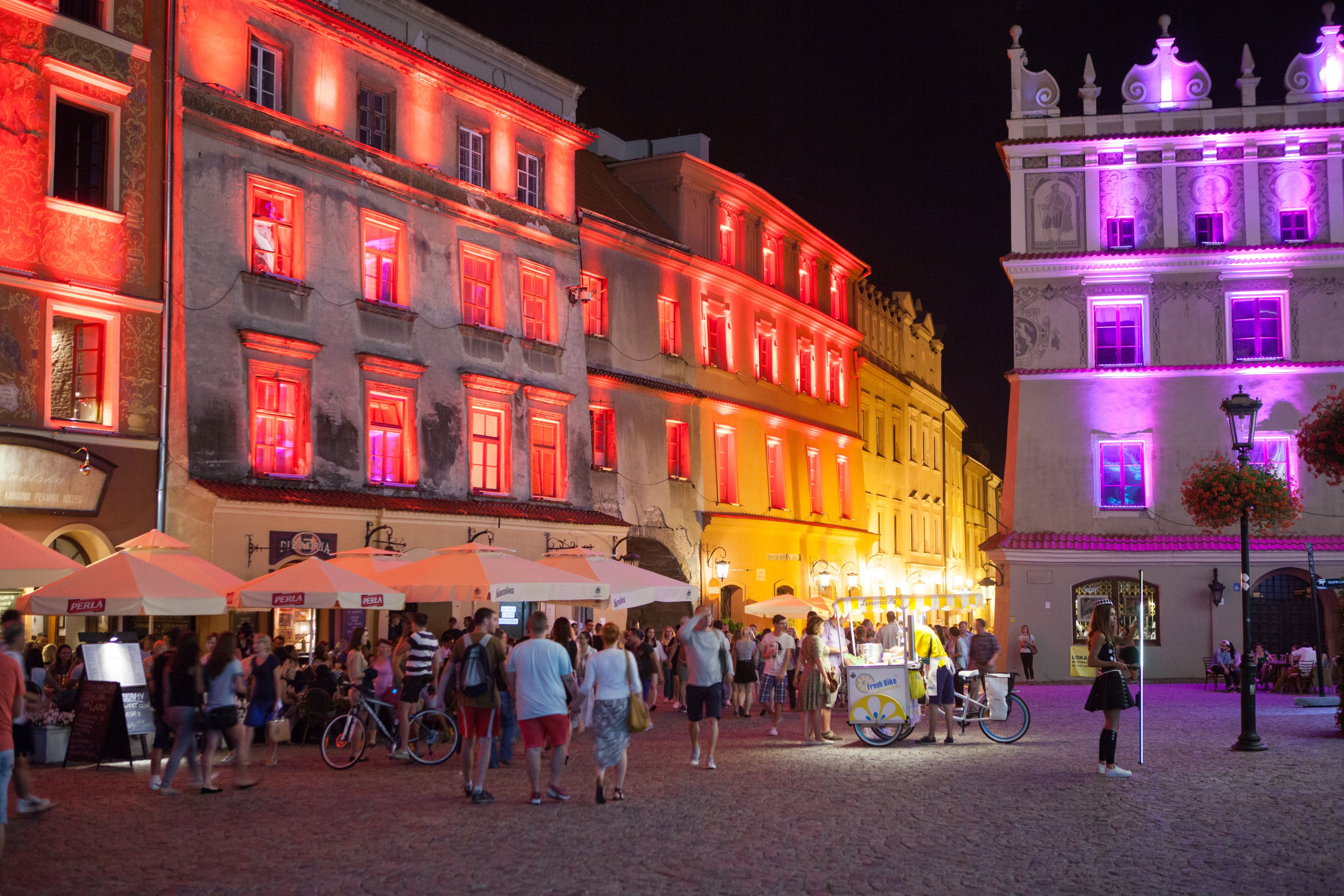 In 2017, Lublin celebrates 700th anniversary of heritage. Inhabitants of Lublin are really proud of the development of the city over the course of years. Especially this year which was full of initiatives which supposed to show dreaming potential in the city. For example, in June Lublin was one of the hosting cities in UEFA European Under-21 Championship. The number of tourists is getting higher every year. Comparing to other polish cities, maybe Lublin is not that popular among the tourists like Kraków or Wrocław or cannot offer the super nightlife like Warsaw but if you are seeking for cosy spaces, extraordinary events and unique atmosphere, here is the place. Would you like to see what is happening in Lublin now? You have opportunity to see Lublin LIVE – https://lublin.eu/lublin/o-miescie/lublin-na-zywo/. I hope this convince you to visit and fall in love with my city.