On the 1st-2nd of June our VCS volunteers Ann and Chloe went to visit our partners and fellow NGOs in Kavadarci. 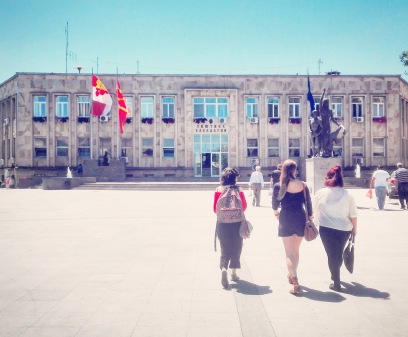 The day started by visiting office of Coalition of youth organization SEGA to meet the volunteers there. SEGA introduced it’s previous and upcoming projects. In their past project  MMUN (Macedonia Model United Nations) our VCS volunteers Ann and Antoine attended as a delegate and chairman. For their upcoming projects french volunteer Charline talked about her dancing lessons and the idea to put together an performance in the near future. Since in VCS team Chloe has an experience in dancing they collaborated in a dancing lesson.

After that it was time to visit another NGO called Youth Association Kreaktiv. Kreaktiv team told our volunteers about their  upcoming summer camp for kids and what are the main activities. Also they told about their plan to put together a play with children and how they have workshops for creative writing and international cooking. For fun they do game nights like our VCS team. In addition they also have Book Club and Hiking Club.

An extra project that our volunteers learned about was by german volunteer Peter who is promoting skateboarding culture in Kavadarci. Peter started a sports club called S.K.K. – Skateboarding Kollektiv Kavadarci. The project itself is rather successful since it recently got an approval from the mayor of Kavadarci to build an skatepark.

In the evening our volunteers had a chance to see more of Kavadarci as they visited Kosturnica and later went to celebrate German volunteer Peter’s 18th birthday. 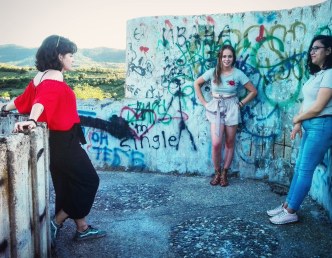 All in all, it was nice experience for our volunteers to see how other volunteers work and visit Kavadarci.