Losing one’s cherry is a synonym for losing one’s virginity. It can be a nerve-racking situation to a lot of young people. There might be differences between girls and boys: how they see the situation, how they feel themselves etc. Depending on the country, there can be a big pressure from society either to lose one’s virginity in an early age or to keep it as something very precious. In this article there are stories from young people from different countries and they are anonymously sharing their stories.

What are the main suggestions one can find from the internet? Number one is definitely not to worry so much but when the time comes, we cannot help but worry. Are we doing something wrong? Is it okay to feel like that? How is this even working? There are millions of different thoughts in our mind. Some people even prefer to be drunk to calm the nerves. What is the most important thing to remember is that however you decide to lose your virginity, it is okay. It is your decision to decide when, with who, where and how to have your first intercourse. It might be easier to that with somebody you can trust and be vulnerable with. Also, to keep in mind, having sex for the first time can change the relationship between two people but it does not have to mean that after having sex people are automatically in a relationship. There are people who prefer to have one-sight-stands, meaning to have a partner only for one night. 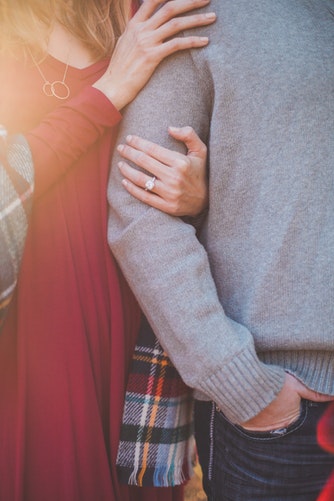 Biologically speaking losing the virginity for girls does not mean breaking something down there. Girl’s hymen is not going to be torn apart; actually, it is just going to be stretched. That might cause some pain and bleeding but does not have to. Even though, the first time might be clean and painless, does not mean it will be pleasurable. Most of the time, the first time feels just weird and is not as special as some girls think it would be. It might even take more than three times before it starts feeling good and after that better and better.
If the first time is painful and it continues to be painful, it is time to talk with the doctor, because there might be something wrong.It is very important to keep in mind that even if it is one’s first time, there is still a possibility to get pregnant and/or STD’s. Which means, it is very important to use protection. In this case, the easiest is condom, because it’s the only protection that protects from pregnancy and different diseases. The truth is, one can never be fully ready, no matter how many times one has done all the researches they can. But it is important to remember, that it does not matter how old you are or how much you know about it. The first time is nervous for everybody and it is nothing to worry about.

Some stories from youngsters:

‘’My first time was with a guy I had been dating for a few months before and the truth is that I think it was the perfect moment. I did not feel pressure from his side, on the contrary, he knew how to wait and he had enough patience since he was not a virgin anymore. I do not remember the idea I had before doing it but I do remember that I did not expect it to hurt so much and the boy was careful. I liked it because I did it with who I wanted and without any pressure but even more without any pleasure, since it hurt me a lot. One piece of advice that I would give to my past self, is that I could think less about what I am doing and more about enjoying it.’’ – Girl, lost her virginity 18 years old.

‘’The first time with a girl who knew me for three days. It was in the summer of my first year at University. It was in Amsterdam with an association of the university that organized trips to different cities in Europe. We kissed the second day of the trip and in the fifth day we had sex. The situation was good because we came back before the others to the campsite where we were sleeping and we had there an empty tent for us. Well, I expected it to be better. So much time hearing about it but it was a bit disappointing for me. I did not have any pressure from others to lost virginity. But maybe I put it on myself because my two best friends were no virgins. I did not dislike it but it was not what I expected either, since the expectations were very high from my side. Also, I have to admit, now having more experience in the subject, that the act itself was not brilliant. I was more than nervous and the girl also, it was the first time for both of us,
so it was difficult for the thing to end well. My advice to myself would have been to be more relaxed, to let me carry a lot more. Nerves are only spoiling the moment.’’ – Boy, lost his virginity at 18 years old.

‘’Before all of it, my friends, who already had lost their virginity and classmates were always talking about it and asking who had lost it and who had not. Me, as being one of the guys, who had not lost it yet, it put me under a bit of pressure that others have already done it and I was not. Then it somehow made me fantasize that it is something very special and extraordinary. When the moment actually came, I felt butterflies that it is actually happening and how it all is supposed to feel, I started breathing quickly, heart started beating faster. I also had thoughts whether I am doing it correctly, I also had somewhere back in my head the thought that man should already know everything, how it works and do it without any errors. When it actually happened, there was nothing special… the only problem I had, was that I was super excited and it did not last longer than 5 minutes. After the intercourse, I started thinking how it was and if everything is so fantasy-like but realized that it was not. The only thing I can say is that while having sex, there is some special bond happening between two people and it is not something one can explain. It has to be felt by you.
Later, I started learning more about how to get this feeling on a higher level, like it is talked in Pibel or by Buddha and other higher teachers. And, of course, I started to learn how to last longer than five minutes, haha. And after all that, I did not go to bed with any girl who I had the chance with but started to actually choose who I have the chemistry with and shared my knowledge with the special ones.’’ – Boy

‘’My first sexual relationship was with my boyfriend of that time. I liked the boy a lot and we had been together for a few months. Probably if I had planned the moment I would have been very nervous but it happened by chance. We were watching a movie in his house, we started kissing and the boy asked me if I wanted to have sex. At that moment I felt like it and I said yes. On the internet, I had read that the moment of the first penetration can hurt and sometimes it bleeds but I was very lucky and it did not hurt or bleed. It was not a rewarding experience because I did not know my body and I did not know what I liked because I had not experienced it before. I think that knowing yourself through masturbation before sex can help you a lot to get more prepared at the moment. If I could change something of the moment I would encourage myself to talk more with my partner, to explain the things that I was liking and things that I did not and to ask him if he was doing well.’’ – Girl, 15 years