Green meadows and pathways of earth. Steps, insects and birds providing the music.
Families, friends and children trotting along, observing, or picnicking, in a vast area of great peace and quiet, and ecological richness. Traditional knowledge dropped in small doses, subtly spread across the lovely place – that almost had a different destiny.
For free, for all, in the outskirts of a wildly urban middle sized Brazilian city, Juiz de Fora. 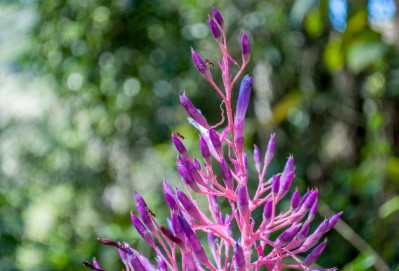 Sounds just like a dream, doesn’t it? In a way, it is a collective dream come true.
That’s a brief description of the place I want to write to you about – The Botanical Garden of UFJF, the Federal University of Juiz de Fora, in Brazil. Still a very new addition to our town, having been open to the public on the 12th of April, it is a wonderful space for relaxation, connection with nature and ecological education. And its story is an inspiring example of the power of social mobilisation to protect our most precious and threatened common heritage, the environment. 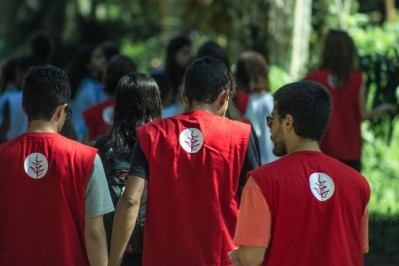 Before getting down to it, just a few quick facts about our Garden. Amounting to a total of 373 hectares of Atlantic Forest, with at least 500 hundred plant species already identified – among which, some endangered of extinction, such as the Paubrasilia echinata, the redwood that gave the country its name -, it is open throughout the week with the exception of Mondays. It has very friendly monitors, students of the Uni, ready to answer questions, give information and suggestions of trails. As well as research and survey work, it promotes environmental education, having three art galleries in its facilities, receiving school visits and offering visitors five thematic, enriching ways of exploring the garden, through well distributed panels with lightly written texts: “The large vegetable groups”, “Ecological processes and relationships”, “Socio-environmentalism”, “Brazilian myths, heroines and heroes” and my personal favourite “Vegetable and ethnobotanical diversity”, presenting the knowledge of indigenous, peasant and traditional communities about the use of some species.

Now, its story. What is now our Botanical Garden stands in an area locally known as the Krampeck Wood, since it belonged in the past to the Krampecks, a family of substantial means and German origins. This area was acquired in parts, consisting of three different properties which together comprise the wood and that were in 1992 declared area of environmental protection by a state law. The Garden itself corresponds to only one of the properties, the previous “Sítio Malícia”, bought in 2003 by a group of businessmen who had the aim of making it a luxurious apartment complex. 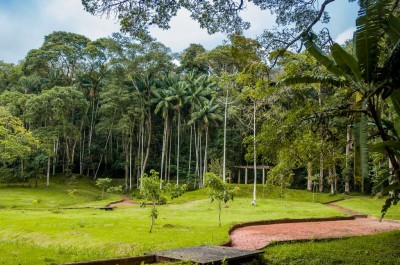 Had it not been for people’s protest, it would have become one. However, the local community would not have it. Inhabitants of the surroundings, NGOs, public organizations and those of civil society demonstrated against the project – because it would destroy much biodiversity and completely close the access of it to locals, turned into private property for the inhabitance and leasure of only a very few privileged ones. The intention of the petitioners was for a park, reserve, botanical garden or similar to take its place, instead. As the protests gained strength and resonance, the University entered into the debate, embraced the fight and bought the area in 2010, with a view to turn such plans into reality.

As I walked through the garden with my family, on the somewhat gray Sunday morning after its opening, my peaceful mind played with two main thoughts. First, how proud I am to be part of such an institution, committed to the preservation, non-commercialisation and democratisation of our environment, promoting and raising awareness of its importance. By realising this initiative, which involves a great investment, the University fulfills its social role, not only of teaching and research – activities carried out within the Garden as well, as aforementioned -, but also as a channel of dialogue between different sectors of society, as a provider of spaces of encounters and as a body taking the lead in the appreciation of our cultural and natural heritage and in sustainable action. 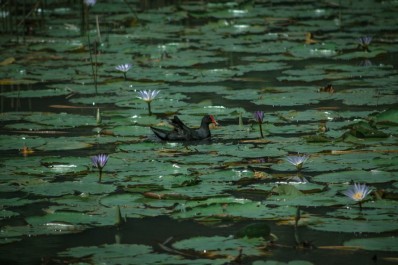 Second, how astonishing, beautiful and tangible is the force of people united around a common goal! We are able to change the course of events, stopping projects of destruction and making constructive alternatives come about. All we must do is not sit around complaining without doing anything, and instead get out there, join forces and make our claims heard and seen.

No, I’m not saying we can stop climate change by ourselves. A huge deal of responsibility – and power – is in public authorities’ hands. They must act too, alongside other actors, such as companies. But, as our Botanical Garden shows, together we are powerful and can make truly important things happen. Be it gathering local people, demonstrating and voicing ideas to the institutions, or stepping up to induce action, to provoke change.

Green is the colour of hope. May it also be the tone of our attitude to our home, the Earth, daring to dream and to act, keeping in mind the lesson nature itself always gives us and that the old motto so well phrases: unity makes strength.