We all know it’s there but what is happening there?

First picture of a black hole

10.04.2019 was a historical day for scientist all over the world, and for the humankind. In the heart of the Messier 87 galaxy, 55 million light-years away there is super massive black hole with mass of 6.5 billion sun. Scientist from all over the world produced the first picture of black hole and it was created by the Event Horizon Telescope (EHT) project. The image was created with eight ground-based telescopes from different countries with the EHT that collected data to produce the image. Truthfully the image is not photograph because the black hole itself is completely dark piece, from where light cannot escape. Therefore the EHT was taking image of the shadow that is visible against the surrounding radiation. Tuomas Savolainen from Aalto University in Finland describes his achievement as historical happening. “We see for the first time maybe strangest and most monstrous phenomenon of modern physics – the area in time-space, which enormous gravity has bent around itself so that once light goes in there, even it can’t escape back to our universe. We have seen a glimpse of the extreme corners of space” – avaruus.fi 10/2019

Dark side of the moon

There is colder than expected, found out China’s Chang’e-4 probe that made the first landing on moon’s side that never shows itself to us. Temperature dropped all the way to minus 190 degrees during the lunar night (Lunar night equals 14 days on Earth) and the Chinese scientist discovered this for the first time. Chang’e 4 probe landed on the other side of Moon on January 3rd. The probe took the first picture from this side of the moon we haven’t ever seen, and its mission is to research the surface in the moon and to carry out radio observations. There is also three-kilo closed biosphere test that is studying how silk butterfly’s worms will survive in the moon and how plants will grow there.

The length of Saturn’s day

It has been unclear for years, but finally we scientist got a result that one day in Saturn is 10h 33min and 38s long. It has been quite difficult to define, since Saturn is a gas planet and it doesn’t have solid surface like Earth. Speed of rotation is often determined from surface shapes, but in this case they used another method that studies the radio radiation generated by the planet’s magnetic field. This was done already in 1981 and 2004, when the results varied from 10h 36min to 10h 48min. Now, anyhow, the accurate calculation was done with the help of Saturn rings. “The researchers used the waves of the rings to look at Saturn’s inner parts, and the planet’s long-awaited fundamental attribute came out. And this is a very reliable result,” says Linda Spilker from Nasa.

Our sun will be Giant Crystal ball

This has happened to many stars in the space already. Oldest white dwarf stars are almost the same age than Milky Way (13.51 billion years). This isn’t something you should be worried about, since it will happen after 10 million years. 5 million years before sun will turn to a white dwarf it becomes a red giant because hydrogen will end up from the center of the sun. Slowly it begins to expand and turn red, swallowing Mercury and Venus, and later on Sun blows its outer layers to a planetary mist. The nuclear in the center will be revealed and later it becomes a white dwarf. 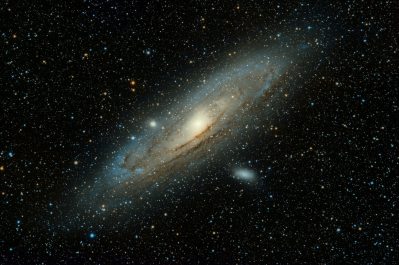 The planet that we are living now is a habitable planet, and so far the Earth is the only this kind of planet in our solar system that we found. We have discovered exoplanets but so far none of them is suitable for human life. This kind of planet needs to contain ice and water areas, breathable air and suitable gravity for us. It needs a stable star for at least 2,7 billion years amount of time, otherwise in the changed in the sun the planets state would vary from cold to hot. Our planet Earth is in the perfect place in the solar system, providing us the life that we know. It has significant amounts of oxygen and water that are required for life. For example Venus is too close to the Sun, which makes it be too warm, as in Mars the gravity is too low, and it’s usually too cold for life. The Earth’s distance from the Sun is about 149,6 million kilometers and the estimated age 4.5 billion years.