The indigenous Finno-Ugricpeople inhabiting northern side of Russia, Finland, Sweden and Norway, in a region called Sápmi. This article is about their ancient religions.

Sámi ancient mythology was a religion of nature that embraced the universe in three levels: the celestial world, the terrestrial world and the underground world. Their world view can be described as living one with the nature and from it. They understood that humans were an integral part of nature. It was believed that breaking the balance of the natural relationship would result in the weakening of human power. Central believe was that everything had a spirit: people, animals, plants, rocks, islands, land, ocean, air, space…

The gods were divided in three groups and each god had their own range of responsibilities. Celestial gods were maintaining the world order and controlling the forces of nature, for example wind and thunder. Terrestrial gods took care of secular things such as hunting and vegetation. Gods of underworld usually dominated events related to death and deceases. People sacrificed animals for the gods to maintain the natural balance and in the wish of good luck on various things.

The nature spirits were beings who usually ruled and supervised one certain thing or area. It was believed that every nature object had their own nature spirit, for example trees and rocks just like humans as well. Their purpose was to take care and protect people and to supervise the behavior and morals of the village community.

They differed from the divine in the way that they sometimes let people to see them. Their apostasy was thought to be a warning against abnormal behavior or of future danger. People didn’t have to sacrifice anything for nature spirits, they just had to take them kindly into consideration in everyday life.

The underground beings, gnomes can be described as semi-human fellow creatures because of their similar appearance as human. However, they were a bit more beautiful, wealthier and happier and they appreciated decent and good behavior from people. They represented what life would be if we were living in a perfect world. Most of the time they lived in the underworld but sometimes their paths crossed with human. Their purpose was to help and give advice and to protect people.

They were usually described as kind and friendly beings, but not always. There was a belief that if human children suffered from pain or some disability, that meant that a malicious gnome had come into the village and replaced the human child with their own senior citizen.

Shamanism means a certain type of cultural form, where there is a religious expert who can behave as a mediator between people and the outside worlds forces. The term shaman means “a person who knows”. They know how to sing shamanistic songs, recite spells, heal and to travel via trance to the underworld.

Witches knew how to practice shamanism. They were healers who had the ability to travel through different worlds layers and retrieve peoples’ lost souls from the underworld. When a witch came to cure ill people, they did a ritual where they visit the afterworld through trance which they could reach by drumming shaman drum.It was believed that the underworld was a place which was upturned and the people who lived there walked their feet against our feet.

The shaman drum reflects life and the universe in present, past and future time. The drum was usually made from reindeers leather and wood. Each drum has their individual patterns and symbols that depended on who uses the drum and for what purpose. 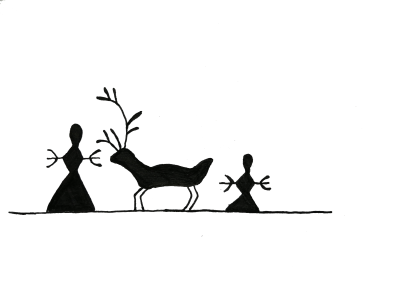 It was believed that humans had many different spiritual dimensions which we can call souls or parts of souls. There was “a life spirit” that was in the skeleton. According to their believes, if a dead body’s skeleton was buried intact and whole, the mighty forces in the underworld could build a new body for the deceased. The same applied to humans and animals. “The spirit of the soul” maintained bodily function and when it left the body, it meant death. The “free soul” which was able to move freely outside the body, for example during trance. It was believed to be a spiritual dimension that delivered person’s identity, most often inherited from the ancestors. Also, there was “a company ghost” that showed itself as a premonition, it was believed to be embodiment of person’s own nature spirit which took care of their humans’ well-being and happiness. That spirit was thought to be immortal and it stayed and hanged around at the grave of the deceased. 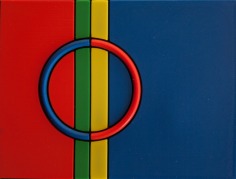 Large part of the rites, myths and traditions of shamanic culture have been unfortunately obscured over time. But still many of the customs and beliefs have been passed from generation to generation in the form of folklore. Today, there are projects that investigate this very interesting ancient belief and Sámi culture in the hope that it won’t totally disappear.