Sultan of The 11 Month

Ramadan, in Islam, the ninth month of the Muslim calendar. It begins and ends with the appearance of the crescent moon. Because the Muslim calendar year is shorter than the Gregorian calendar year, Ramadan begins 10–12 days earlier each year. For Muslims, Ramadan is a period of introspection, communal prayer in the mosque, and reading of the Quran. God forgives the past sins of those who observe the holy month with fasting, prayer, and faithful intention. During the month of Ramadan, Muslims won’t eat or drink between dawn and sunset. This is called fasting. Fasting is important during Ramadan as it allows Muslims to devote themselves to their faith and come closer to God. After iftar (the end of the fasting for each day), people go out and come together with friends and families until Sahur (the beginning of the fasting for each day). Most countries have special events and traditional shows during the Ramadan.

Although Muslims were first commanded to fast in the second year of Hijra (624 CE), they believe that the practice of fasting is actually not an innovation of monotheism but rather has always been necessary for believers to attain taqwa (the fear of God). They point to the fact that the pre-Islamic pagans of Mecca fasted on the tenth day of Muharram to expiate sin and avoid drought. Philip Jenkins argues that the observance of Ramadan fasting grew out of “the strict Lenten discipline of the Syrian Churches,” a postulation corroborated by other scholars, including theologian Paul-Gordon Chandler, but disputed by some Muslim academics.

What do Muslims believe they gain from fasting?
Some of the main benefits of Ramadan are an increased compassion for those in need of the necessities of life, a sense of self-purification and reflection, and a renewed focus on spirituality. Muslims also appreciate the feeling of togetherness shared by family and friends throughout the month. Perhaps the greatest practical benefit is the yearly lesson in self-restraint and discipline that can carry forward to other aspects of a Muslim’s life such as work and education.

Why do Muslims fast?
Fasting, or sawn, loosely translates as ‘to refrain’. So during Ramadan Muslims commit to not eating, drinking, smoking, or even chewing gum during daylight hours. But sawn isn’t just about physical restraint, it also refers to bad thoughts, actions, and words. Many people assume that Ramadan is about deprivation, but in Islam it’s often a time to spend with family, breaking fast at sunset over iftar. The fast itself is intended to help Muslims learn about self-discipline and restraint, and enable them to empathize with those who have less.

How can non-Muslim co-workers and friends help someone who is fasting?
Employers, co-workers, and teachers can help by understanding the significance of Ramadan and by showing a willingness to make minor allowances for its physical demands. Special consideration can be given to such things as requests for vacation time, the need for flexible early morning or evening work schedules, and lighter homework assignments. It is also very important that Muslim workers and students be given time to attend Eid prayers at the end of Ramadan. 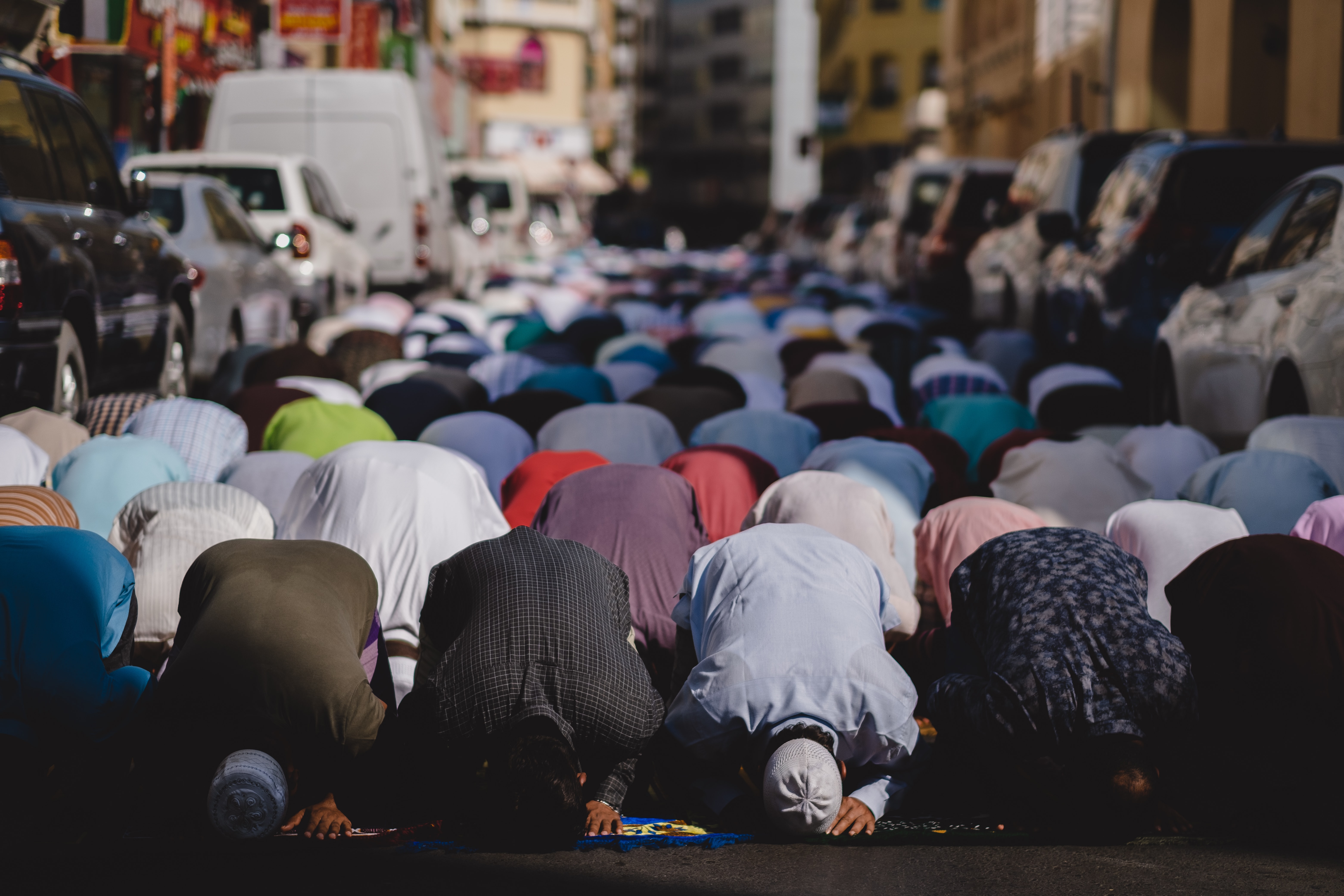 VERSES ABOUT RAMADAN IN QURAN