The musical battlefield this year was a real mosaic. From always playing-it-hard Finns, through an emotional French singer, to peculiar and very funky Icelanders. But it was four young people from Rome, who rocked the Eurovision 2021 song contest, claiming a victory for Italy for the third time in the history.

How does it feel to one day be playing on the streets of Rome, collecting money in a guitar case, and the next day to be in the spotlight of Europe? The Italian band Måneskin is not the first to start from nothing and suddenly be the talk of the whole continent. Their energetic music and personalities are something that Italian newspapers cannot stop writing about, plus they have already been compared to the Italian football team winning the World Cup in 2006. Måneskin, Toto Cutugno, Gigliola Cinquetti. Those three are the only Italian winners in the history of Eurovision. A little fun fact is that all three of those artists were singing in their mother language.

What is all this about Eurovision and the omnipresent English?

Sure thing, English is an international language, most people speak it or at least understand it. It is a trend for artists all over the world to sing in English, as they want to be understood widely and reach the audience outside of their countries. But once the magic of Eurovision was that, every artist was singing in their mother language, Europe could hear the voice of every nation. Even if one language is understandable by fewer people, there is something personal and intimate in telling a story in your language. Don’t you think so? 18 out of 26 contestants in the Eurovision finals sang in English. Few artists composed short elements from their languages into the English lyrics. To sum up, except for English, we could hear Albanian, French, Italian, Russian, Serbian, Spanish, and Ukrainian. Seven languages. Could you imagine everybody singing in their own language – in just one evening we would hear at least twenty different languages!

Flashbacks of the grand finale

If we try telling the story of this one Eurovision final, we could write a never-ending article. What would you remember the most this year? A Russian singer, jumping out of a giant-sized cake, reminiscent of a Matryoshka doll. A Portuguese ballad that wrapped us all in intimacy and brought us into the concert. A Ukrainian folk band, using sound to come back to the traditional roots, the village, nature. Icelanders with fancy sweaters and a dance choreography, as peculiar as it was funny, which, surely, many people will be learning from a YouTube tutorial. The final emotional battle between Italy and France. These were the moments… 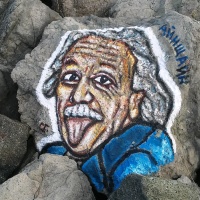