One step into the macedonian cinema creation : Interview with Teona Strugar Mitevska

The way the European system of financing functions, is through co-productions, basically it is not possible to fully finance an author film in the country of origin, the only countries that can still do this are France and Germany and this is due to the size of their production, as far as I know every film there is financed between television, state money and regional money, for the rest of us, makers of author cinema it is very different, we heavily depend on state financing, the CNC of the EU countries, and no CNC finances fully the budget of a film, therefore the only option left is co-production. What do I think about it, I believe it is a great system, coproduction is what EU is all about, exchange of experiences, idea, way of telling a story and way of working, so I find it quite beautiful! 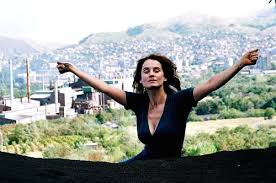 It is difficult to make such a harsh judgment, who am I to say that filmmaker of the region needs to be better educated. It is my ambition that brought me to NYU Grad and I fought like a lioness to arrive there, I wanted to study cinema with the best and among the best. What I know now is that there are many ways of accumulating knowledge, not everyone has the opportunity to do what I did, but that doesn’t make you less. Someone could accumulate the same knowledge through books, the only and most important thing is curiosity, one must stay curious in acquiring knowledge about ones profession and the world, and today thanks to internet this is available to almost all. So that’s beautiful, what can one asks for more than creating a more just and democratic environment for all, and internet is part of it.

My family functions in a very democratic way, every decision and every artistic work of each of us is discussed in the forum, the living room of our parent’s house and everyone has the right to state freely their opinion. It has been always like this for us, since I remember, since I was 5, so definitely this kind of treatment- treating everyone as equal has helped me too become the person/ artist I am today. I try to do the same with my son, I hope I can do as good as a job as my parents did. You speak of hierarchy with in the artistic family…. I believe this is a problem of the ego and especially the macho ego in our world. My father was and is the greatest feminist I know, all he ever did is transmit his knowledge and passions to me, us, and so did our mother.

Well I am a product multi-culturalism in many ways: my mother is Montenegrian, my father is Macedonian, my mother comes from a family of communists, my father from a family of old money; I grew up in Macedonia but lived a bigger time of my live in the USA, then France and now Belgium. I have learned many things along to way, mostly I have become more humble about who I am but also I have carried the heavy burden of being away, a foreigner wherever I am. Strangely this burden is slowly disappearing lately, and it comes from one simple fact: the happiness comes from inside and not from where you are.  My son is French-Macedonian-Montenegrian and Spanish, he is a true multicultural product of the world today and that is fascinating, he is the true multiculturalism of today.

I try to work with the right person and I firmly believe there is a right person for each project, the right DOP, the right actor, etc…I have learned that there are no limits to the creation, people are passionate about the story you try to tell or they are not, they identify or they don’t. Work with the people who want to work with you, no matter which country/continent they come from.

Even today I have hard time envisioning a story that happens other place than Macedonia, this is strange I know since I have lived more outside than in, the only thing I can say is that I guess this obsession comes from the fact that there are still Macedonian stories left in me to say, and I will continue until this dries out.

The content of the stories are different, the way the story is specific to the environment , the place of origin. The form is different but all these differences come from the individual actor of the creator, the artist, his/her cultural background and baggage. In the global world we live in today we can’t so much speak of difference in the way we make things, produce a film, basically there is not such a big difference after all. I shot a part of a film in Germany, there they were astonished that we took sometimes a day to shoot a single shot, most of my crew there has a television background and in television we cover the scene from all possible angles, cinema is something different, I personally believe there is one good angle to tell the story I want to tell the way I want to tell it, so I always try to find this angle. I know of many American , German and French filmmakers who believe this also so… 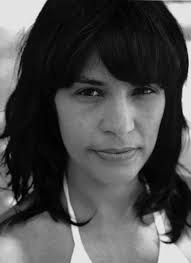 You must be the character in order to speak of it properly. I have a large imagination so I use it with abundance. I also take pleasure to observe and research the situations and characters I depict in my films. I try to make my characters most detailed and specific possible, or differently said most real I can, and then putting a character in a unique situation adds so much to the overall effect, every character reacts differently and that is beauty of it all.

I have always been interested in the social aspect of my society, this comes from my deep believe that part of our job as filmmaker and artist is to point the light on certain truth, injustice and try to make a difference, add to the alteration of the common consciousness, ultimately make the world a better place.

It is interesting you speak of external/internal point of view of a situation; this is an essential part of envisioning a scene and a film. The effect on the spectator id different depending which point of you is used and this is something I calculate very precisely for each moment of the film, point of view is just as important as the color or the lighting used for a certain scene. It is one of the many aspects of the cinematic form, so I play with it. 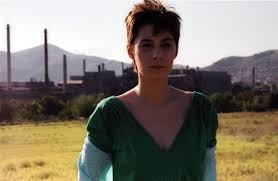 As a production company we have recently started co-producing, we had a Romanian film Sierra Nevada in the last edition of the Cannes film Festival and A Slovenian film in Karlovy Vary. We will continue co-producing films we feel passionate about. We are also making a short animation film of our brother VUK, animation is something we would love to get involved more, we hope to create a long length feature animation film one day. In animation all is possible, there is no end to the imagination one can uses.

Each production is a new experience, one learns but one makes mistakes also, have we become wiser, I don’t know, what I can say is that we have become more determined in the type of films we want to make. And I hope we continue to have this opportunity, to make cinema we believe in and explore the cinematic form.

by Antonin Vallet and Igor Poptrajkov