Tender eyes to reality: the possibility of beautiful grandeurs

I am currently reading “Anna Karenina”, written by Liev Tolstoi, and one of its passages left a huge impact on me: the character Dolly was having a happy moment with her children all around her, while another character, Liévin, was walking into her direction. She was feeling especially delighted with his presence, because no one was better than Liévin (due to his features of valuing marriage and having kids) to appreciate her grandeur at that time.

The excerpt brought to my attention that if another person was visiting Dolly and her family, depending on which values they cherish the most, they would not be able to see with such delicacy how joyful and significant that moment was to Dolly, something which Liévin’s eyes could understand and admire straight away. I realized we should try every day to perceive more of the world’s great amount of feelings and what they mean to other people, even if they have different meanings to us, in order to allow us to be enchanted with the variety of grandeurs each person has.

We live in a digital era that, in my point of view, contributed substantially to distort grandeurs, especially the grandeur of being old, with all the admiration our present culture has for what it fresh, brand new, what has new functions and is designed in a innovating shape, according to the newest trend online. Such a logic does not apply only to goods such as phones, computers and tablets, but also for makeup and clothes. Beauty products that have a special appeal to its consumer public are the ones that offer skin rejuvenation and a youthful look, that will make people certainly guess you are younger than you really are. I am not saying this is essentially negative: there is nothing wrong with wanting to look younger, taking good care of your skin or wishing the newest smartphone launched. The point is, the flooding of this approach every day helps to construct a vision that avoids as much as possible what speaks of or relates to oldness, including our dear old people.

I can see that some young people do not have much patience with old people: they don’t try to hear what they have to say, they don’t pay attention to their feelings and sometimes treat them like a child (assuming the kind of children treatment which I don’t agree with: hiding things from them, assuming it is not necessary to explain anything and not taking into consideration what they feel). However, we should urgently rethink about this behaviour, considering carefully how we are treating them and being aware of the fact that they are living in a context that was not planned for them. Our elders used to live in a completely different world than our own, with distinct ways to communicate and do their daily activities. Therefore, it can be considerably hard to follow this new reality, specially with people getting angry and refusing to help them.

Besides, I think it is crucial to start noticing small changes that we should do to incorporate them again on the daily life. I have noticed this watching the Netflix original series “Grace and Frankie”, more precisely the episode four of the fifth season, in which Frankie starts to protest against the lack of accessibility of the crosswalk to old people, due to the short amount of time that the pedestrians have to cross the street, not giving enough time for slower walkers to do so. I was so astonished when I finished that episode. I kept thinking why I had never thought of that, and concluded that is exactly because we are not used to thinking about older people. We are not used to recognizing their difficulties, to being attentive to their inclusion in all areas of the life and to being sure they are feeling part of society and actually being part of it. But we should be. It must be emotionally tiring for some or most of them to feel invisible and disposable every day.

I sincerely think we must try to see reality through Liévin’s tender eyes to Dolly, with more empathy and sensibility about other people’s grandeurs, including older people’s. When we start being more open to them, we will learn a lot with their opinions, stories and feelings, enriching ourselves as human beings, making possible a positive experience exchange. As a result of that, we will also be more caring and thoughtful, building together a more harmonic and equal society, in which every grandeur is treasured as it deserves. 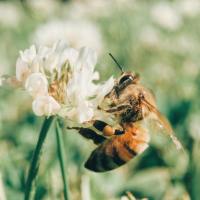 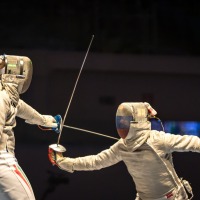 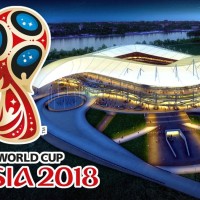